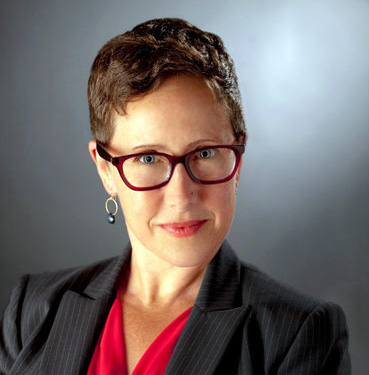 September 18, 2018 — The Western Justice Center, a non-profit dedicated to building a more peaceful civil society, is proud to announce the appointment of Elissa D. Barrett, Esq., as its new Executive Director. Barrett is an attorney with a breadth of nonprofit leadership experience. She brings with her a lifetime of work to increase justice, equity and equal opportunity for all.

"In the current political environment, we need concrete tools for civil discourse that will bridge divisions and promote empathy. The Western Justice Center uniquely combines law, theater and education to address bias and mediate communal conflict. I'm proud to be a part of that effort," said Barrett.

Ms. Barrett is a respected innovator in the fields of law and social justice. She is co-founder of Bend the Arc, the California Consumer Justice Coalition and the Holocaust Survivors Justice Network - recipient of the American Bar Association's Pro Bono Publico Award. When launched in 2008, HSJN was the world's largest pro bono effort, operating at its height in more than 30 cities across North America. As a housing rights attorney, she led the push for legislation that now protects low-income tenants and seniors.

Barrett has served as both General Counsel and Interim CEO of Bet Tzedek Legal Services and has worked on conflict resolution in the Middle East and Africa. She is an alumna of University of Michigan Law School and Tufts University. Barrett currently serves on the Planning Committee of Sea Change, an organization founded by Congressional Black Caucus Second Vice-Chair Karen Bass; and as Interim Executive Director of Beth Chayim Chadashim, an LGBTQ spiritual community.

Barrett is an award-winning theater and film producer, known for the indie short "Door Prize" (winner of the Alfred C. Kinsey Award, honoring film that furthers understanding of gender or sexuality, among other nods), and Bluebonnet Court (winner of NAACP and GLAAD awards for outstanding Los Angeles theatre). Barrett also serves as a moderator for Skylight Theatre's Beyond Conversation series. She lives in North Hollywood with her spouse, author and playwright Joshua Gershick.

Barrett - who will join WJC on Oct. 1 - succeeds Judge Judith Chirlin, who joined WJC in 2011, after nearly 25 years on the Los Angeles Superior Court. WJC will honor Judge Chirlin on Nov 17, at its 2018 Justice Awards, held at the California Club.

"We are happy to welcome Elissa to the Western Justice Center family. Her energy, experience and enthusiasm make her the perfect person to broaden WJC's impact in building a more civil, peaceful society where differences are valued," said Judge Chirlin. Barrett's appointment is the culmination of a national search led by WJC's Board of Directors in consultation with executive search firm Morris & Berger.

"We are delighted to have someone of Elissa's experience and dedication join the Western Justice Center," said Marvin E. Garrett, President of the WJC Board. "We know that Elissa will lead WJC into the future with unbounded success."