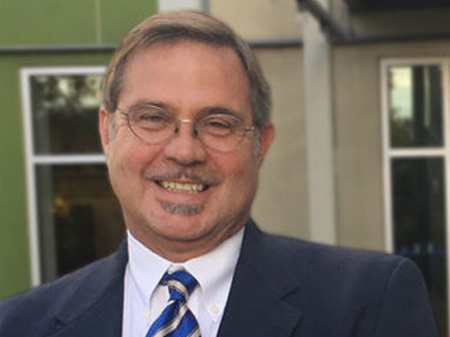 Brown joined Children's Bureau in 2000 where he managed the operations of Children's Bureau's foster care, adoption, mental health and child abuse prevention programs. Under his leadership, these program grants and contracts have grown from $11 million to over $30 million annually and now serve more than 34,000 children and parents throughout Southern California. He has been an integral part of the development of Magnolia Community Initiative, Children's Bureau's collaborative effort of over 70 organizations seeking to improve the well-being of vulnerable families and community outcomes in a targeted area of Los Angeles. Prior to coming to Children's Bureau, Brown's background was in healthcare development and management. He holds a B.A. in Social Sciences from the University of California, Santa Barbara, an M.B.A. from California State University, Long Beach, and a Ph.D. in Public Policy and Administration from Walden University.

As President & CEO, Brown will be responsible for all aspects of the $34 million nonprofit that operates 21 sites throughout Los Angeles and Orange County that serve low-income, at-risk children and families. One of Brown's top priorities will be implementing a newly adopted strategic plan that represents Children's Bureau's evolving leadership toward strengthening children, families and communities both locally and nationwide.

"I am incredibly honored to be selected to lead Children's Bureau, an organization with a rich history of helping vulnerable children," said Brown. "I look forward to continuing to work with our dedicated staff, board of directors, board of trustees, and supporters as we increase the impact of our current efforts while exploring new ways to strengthen families and improve the lives of children."