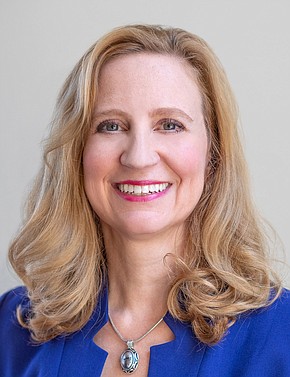 August 6, 2018 – La Jolla, CA — La Jolla Playhouse announces the appointment of Julia B. Foster as the Playhouse's new Director of Development. A member of the senior staff, Foster will oversee all fundraising efforts for the institution.

"We are delighted to welcome Julia to the Playhouse family," said Playhouse Managing Director Debby Buchholz. "Her stellar track record in the southern California arts community, along with her extensive background in every aspect of fundraising - from leading multi-million dollar capital campaigns to organizing major special events - make her the ideal candidate to lead our Development team."

A native New Yorker, Julia B. Foster has dedicated the majority of her career to the non-profit arts, in both performance and administration. After earning a B.A. in dance at Washington University in St. Louis, she pursued a professional career in modern dance, musical theater, singing and acting, including six years as a soloist with the Erick Hawkins Dance Company. She taught company dance classes at the Erick Hawkins Dance Studio and at off-site residencies including the American Dance Festival and the University of Nevada, Las Vegas.

Later transitioning to arts administration, Foster most recently worked at the Segerstrom Center for the Arts in Costa Mesa, California, as Vice President of Development, overseeing their successful annual fund campaign that raised a record $10.5 million goal in FY18, and leading the Center's annual Candlelight Concert gala to its highest net profit finish in its 44 year history. While at the Center, she previously served as the Director of the Capital Campaign, where she oversaw the Center's $73 million Next Act Capital Campaign, and planned and implemented successful campaign events, including the groundbreaking and opening celebrations for the Julianne and George Argyros Plaza. Past positions at Segerstrom Center include Director of Major Gifts and Director of the Annual Fund. She also co-chaired the Orange County Association of Fundraising Professionals' National Philanthropy Day fundraiser luncheon. Prior to the Segerstrom Center, Foster held the post of Chief Development Officer at both Project Access and at Irvine Barclay Theatre and served as the Cultural Development Manager for the Vail Valley Foundation in Colorado.

La Jolla Playhouse is a place where artists and audiences come together to create what's new and next in the American theatre, from Tony Award-winning productions, to imaginative programs for young audiences, to interactive experiences outside our theatre walls. Currently led by 2017 Tony Award-winning Artistic Director Christopher Ashley and Managing Director Debby Buchholz, the Playhouse was founded in 1947 by Gregory Peck, Dorothy McGuire and Mel Ferrer. Playhouse artists and audiences have taken part in the development of new plays and musicals, including mounting 95 world premieres, commissioning 50 new works, and sending 32 productions to Broadway, among them the currently-running hit musicals Come From Away and SUMMER: The Donna Summer Musical - garnering a total of 38 Tony Awards, including the 1993 Tony Award for Outstanding Regional Theatre.