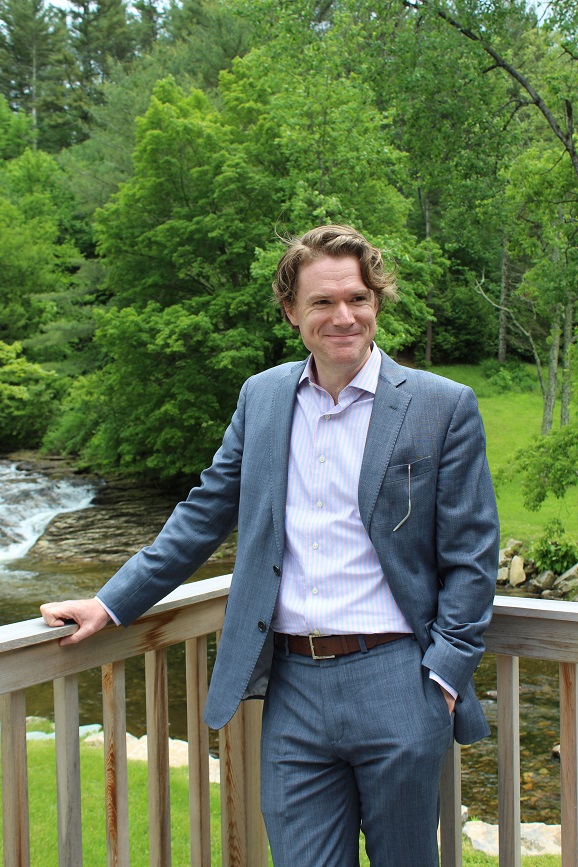 Innovative, forward-thinking arts executive Ben Cadwallader has been named Executive Director of Los Angeles Chamber Orchestra (LACO), one of the world’s premier chamber orchestras, announces LACO Board Chair Leslie Lassiter. Cadwallader, who assumes his post on March 9, 2020, will work closely with Music Director Jaime Martín in support of Martín’s artistic vision and will oversee all aspects of the Orchestra’s strategic planning and operations, provide administrative oversight and collaborate with the Board of Directors to optimize LACO’s fiscal growth. A devoted and optimistic advocate for the vibrant future of live classical music, Cadwallader has served as Vermont Symphony Orchestra (VSO) Executive Director since 2015. His extensive bicoastal experience also includes leadership positions with Los Angeles Philharmonic, where he served as Education Programs Manager from 2012 to 2015, the Youth Orchestras of San Antonio and the East Coast Chamber Orchestra. At the L.A. Phil, he managed the unique Composer Fellowship Program and worked with sought-after, contemporary composers long associated with LACO, including Andrew Norman, Sarah Gibson and Christopher Rountree. As a mark of Cadwallader’s track record for making significant contributions to his orchestra and to the classical music field as a whole, he was one of nine arts administrators from across the country selected in 2017 by the League of American Orchestras for its prestigious Emerging Leaders Program.

“Ben Cadwallader is one of classical music’s rising leaders,” says Lassiter. “His infectious energy, passion for classical music, innovative strategies and exceptional leadership abilities will help propel LACO’s continuing growth and excellence. The search committee was highly impressed by the variety of Ben’s experience working in both administrative and production areas as well as developing novel educational programs in cities ranging from Los Angeles to New York. I join the members of LACO’s Board of Directors and the entire LACO family in welcoming Ben as Executive Director.”

Adds Martín, “Ben, who cares deeply about music and musicians, will serve as a valuable colleague on artistic matters, and I am looking forward to working with him.”

“I have long admired LACO’s steadfast commitment to musical excellence and new music as well as its ability to experiment and adapt within a changing media landscape,” says Cadwallader. “I’ve been captivated by the pure beam of effervescent and profoundly charismatic musical brilliance that is Jaime Martín, with whom I share a passion for inclusion, education and innovation. Working in partnership with him and LACO’s stellar artists to bring their vision for the Orchestra to life will be a joy personally and professionally. While I’m genuinely saddened to close my chapter in Vermont, the remarkable people affiliated with LACO have welcomed me with open arms, and I’m excited to get to work there.”

“We regret seeing Ben leave,” states VSO Board Chair Barbara Wessel, “but cannot be anything but congratulatory and pleased for him in this career advancement. When we hired Ben, we realized we had a rising star in the symphony orchestra world who would go on to do great things – some for us along his way. We take pride in sending him and his talents on to such a highly regarded organization.”

Benjamin Cadwallader has been Executive Director of the Vermont Symphony Orchestra (VSO) since the fall of 2015. Under his leadership, VSO has evolved to become a creative leader in Vermont’s arts community, increasing contributed revenue and growing audiences statewide. He helped create a constellation of collaborative, inclusive and innovative musical and educational musical experiences that have been enduringly popular with audiences and donors alike, bringing together an enthusiastic, intergenerational and growing fan base. A native of Pennsylvania, Cadwallader has served in leadership positions at performing arts organizations throughout the country, including the Los Angeles Philharmonic, Youth Orchestras of San Antonio and the East Coast Chamber Orchestra. At the Los Angeles Philharmonic Association, where he served as Education Programs Manager, he oversaw educational initiatives and managed the Composer Fellowship Program. Cadwallader ushered the program through a period of remarkable growth, reinvention and increased national visibility. He hired composer Andrew Norman as Program Director and composer Sarah Gibson as Teaching Artist, expanded LA Phil musician involvement and drove marketing efforts to historic application volume. With Norman and composer/conductor Christopher Rountree, he conceived, created and implemented the National Composers Intensive (NCI). He also oversaw the YOLA Neighborhood Project in-school residencies and expanded program to include 15 partner schools, serving 6,200 students in grades K-5. As a strong believer in the importance of community involvement, he volunteered as a mentor with the King Street Center in Burlington, VT. He also served as volunteer oboe teacher for Youth Orchestra Los Angeles (YOLA) and was a volunteer youth group facilitator for the Children’s Bereavement Center of South Texas. Cadwallader holds a Bachelors of Music in Performance from Mannes College of Music.

Los Angeles Chamber Orchestra, ranked among the world’s top musical ensembles, marks an exciting new era in Southern California with Jaime Martín in his debut year as Music Director. Martín builds upon LACO’s rich legacy as a preeminent interpreter of historical masterworks and, with eight ASCAP Awards for Adventurous Programming, a champion of contemporary composers. Headquartered in the heart of the country’s cultural capital, LACO is “more important with each passing year,” (Los Angeles Times), “America’s finest chamber orchestra” (Public Radio International) and “one of the world’s great chamber orchestras” (KUSC Classical FM). Martín’s appearance as LACO’s Music Director Designate in early 2019 was described by the Los Angeles Times, as “a thrilling performance, and the orchestra played like it was having the time of its life,” adding, “he will make fans very quickly.” Overseas, he has been praised as “a visionary conductor, discerning and meticulous” (Platea Magazine), and London’s The Telegraph said, “his infectious enjoyment of the music communicated to the orchestra and audience alike.” The Orchestra has made 32 recordings, including, most recently, a 2019 BIS Records release of works for violin and chamber orchestra that features Concertmaster Margaret Batjer and the world premiere recording of Pierre Jalbert’s Violin Concerto (a LACO co-commission). LACO, with offices located in downtown Los Angeles, has toured Europe, South America and Japan, and performed across North America.