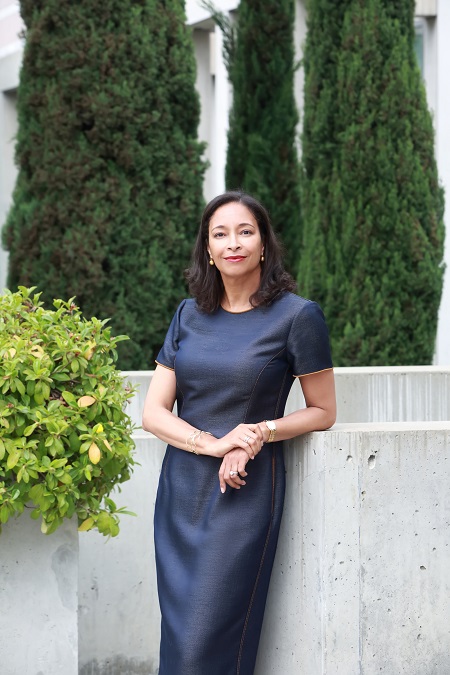 The Skirball Cultural Center has announced the appointment of Los Angeles cultural leader Leslie K. Johnson as its new Executive Vice President. Johnson will oversee the full range of the Skirball’s exhibitions and programs and day-to-day operations, including a $22 million budget and nearly 400 full-time and on-call staff. She joins the Skirball from Center Theatre Group, where she most recently held the position of Director of Social Strategy, Innovation, and Impact and served as the organization’s chief diversity officer, a role in which she prioritized community building both internally and externally.

Following a national search conducted by Morris & Berger, Johnson was selected by the Skirball’s new President and CEO, Jessie Kornberg, whose tenure began on July 1.

“Leslie K. Johnson is an inspiring, collaborative leader who has already distinguished herself as a person of integrity, empathy, and passion for our work,” shared Kornberg. “I am grateful to have Leslie by my side—a seasoned arts administrator with a deep commitment to mission fulfillment and fiscal responsibility—as the Skirball looks ahead to a new chapter of community engagement in the pursuit of a more just society.”

“I am honored to join the Skirball community, one that is guided by a core belief that arts and culture have the capacity to transform and uplift,” commented Johnson. “In this moment, when our world may seem increasingly disparate and irrevocably divided, the role cultural organizations can and should play as community centers—bringing people together through expression, engagement, and meaningful exchange—is more essential and critical than ever. That is the foundational ‘good deed’ that lives at the heart of the Skirball, and I look forward to playing my part to advance that vision.”

To the Skirball’s leadership team, Johnson brings three decades of experience in arts education, nonprofit management, and cultural leadership. Prior to joining the Skirball, she served as the Director of Social Strategy, Innovation, and Impact at Center Theatre Group (CTG), one of the nation’s largest regional theaters. As CTG’s lead strategist on mission-focused initiatives, Johnson led all aspects of its educational, community, and audience engagement programming. She also held institutional-level responsibility for defining and animating CTG’s workplace culture, including operating as the theater’s chief diversity officer.

Johnson’s early professional life included preserving rare books at UCLA Library Special Collections, cataloging works on paper for the Grunwald Center for the Graphic Arts, and serving as a preparator and registrar at the Museum of Contemporary Art, Los Angeles. She was in the inaugural cohort of the Getty Foundation’s Multicultural Undergraduate Internship program (now called the Getty Marrow Undergraduate Internship program). Johnson majored in history at UCLA and holds an Executive MBA certification from the London School of Economics and Political Science.

At the Skirball, Johnson succeeds Kathryn Girard, who served as Chief of Staff and then Executive Vice President from 2005 through her retirement on June 30, 2020.

In support of public-health efforts to slow and contain the spread of COVID-19, the Skirball remains temporarily closed.