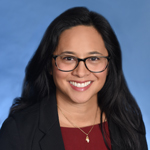 Public Law Center Board of Directors names noted immigration law and immigrant rights champion to lead organization into the next 40 years of services to Orange County.

“Following a several months’ long nationwide search, we are thrilled to announce Monica Glicken as our next Executive Director. Monica is a superstar! She has the passion, drive, intellect and charisma to be an exceptional leader, and we look forward to her guidance, initiative and stewardship as we usher PLC into the next chapter,” said Nicole Whyte, PLC Board of Directors Vice President and incoming President for 2023.

Monica’s appointment concludes a national, months-long search in partnership with Morris & Berger Consulting to find Ken Babcock’s successor. “We once again thank Ken Babcock for over two decades of leadership at PLC, during which he has trained and worked with the leadership of every civil legal aid organization in Orange County. The legal-aid community will forever be grateful for Ken’s outstanding service and incredible leadership, which will continue throughout the transition to Monica’s tenure,” said Christy Lea, PLC Board of Directors President.

“I have no doubt Monica will transform PLC for the better the same way she has revitalized our Immigration Unit and expanded our pro bono engagements. She has an amazing combination of passion for our mission, care for our clients, and concern for our staff, volunteers, and partners. I look forward to working with Monica during our transition and to supporting her and PLC in the years to come,” said Ken Babcock.

“I am honored and thrilled to be stepping into the role of Executive Director of PLC. As the child of immigrants and a long-time advocate for those who must fight to be heard, I care deeply about access to justice and community empowerment. I hope to deepen PLC’s commitment to the communities we serve, expand our already robust pro bono programs, and strengthen our role as servant-leaders and champions of justice in Orange County. I look forward to building upon Ken Babcock’s great leadership of the past 22 years as we move into PLC’s next chapter,” said Monica Eav Glicken.