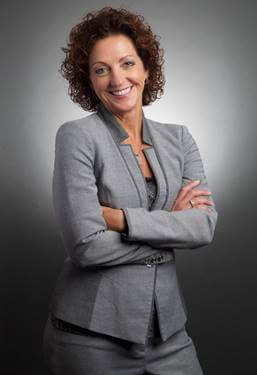 Casa Pacifica Centers for Children and Families, Ventura and Santa Barbara County’s premiere institution for serving the area’s most vulnerable children, today announced a transition in its leadership.

Chief Executive Officer Steve Elson, Ph.D., a fixture at Casa Pacific even while it was under construction in 1994, will retire after 25 years at the helm. Last year, Elson had announced his intention to retire to the board of directors and staff, and the board hired the firm of Morris & Berger, an executive recruitment firm, to perform an exhaustive national search for his replacement.

The board of directors has hired Shawna Morris, President and CEO of Phoenix House of California and Texas, as the new CEO at Casa Pacifica. She will take over in mid-July.

“We are confident we have picked a talented leader in Shawna Morris for our next chapter. Shawna is the ideal person to take over the reins from Steve,” said Board President William Powell. “We searched the nation for the best CEO and found her right here in our own backyard.”

Elson will stay on at Casa Pacifica for a year on a part-time basis to participate in the transition. “We are so grateful to have had the leadership and vision of Steve Elson for our first 25 years and we will have opportunity to celebrate his legacy when the COVID-19 restrictions are lifted,” said President Powell.

“I am quite humbled and blessed to be taking over from Steve,” said Morris, a resident of Simi Valley. “When I Interviewed for the job with board members, I asked each one of them a question: ‘Why are you here?’ All of them said we are here to advance the well-being of our youth. Every single board director said, ‘I am here for the kids.’ I said, that’s where I want to be.”

Elson described his successor as “bringing with her the kind of passion, commitment and heart we need and that has been characteristic of our leadership team over the years.”

Morris is a native of Kansas who earned her MPA at the University of Kansas. She was senior vice president and chief operating officer at the Menninger Clinic for 18 years before taking over as president and CEO of the Phoenix House California and Texas. The Menninger Clinic is an internationally known psychiatric hospital that treats adults and adolescents with complex mental illnesses, and Phoenix House California is a non-profit that is a nationally recognized and accredited behavioral healthcare provider, specializing in the treatment and prevention of substance use disorders and co-occurring substance use and mental health disorders.

During her time at Phoenix House she was overseeing a chain of six in-patient facilities along with a number of outpatient addiction and mental health treatment programs. During her tenure with Phoenix House she improved financial performance dramatically, reduced staff turnover and developed a strong, positive corporate culture. She also lead an effort to separate from the national Phoenix House Foundation based in New York City, the Texas and California “branches,” now established as an independent corporation.

Over 17 years at the Menninger Clinic in Topeka, KS, she worked her way up to become Senior Vice-President and Chief Operating Officer. She managed a successful merger with Baylor University College of Medicine, relocating the Menniger Clinic to Houston, Texas, in 2003. Amid the economic downturn in 2008, she led a team to complete a $50M capital campaign to build the current Menninger Clinic 50-acre campus.

She is a half-marathon and marathon runner. Her husband, Andrew Morris, moved to Simi Valley when he was 7 and grew up in the city attending Simi Valley High School.